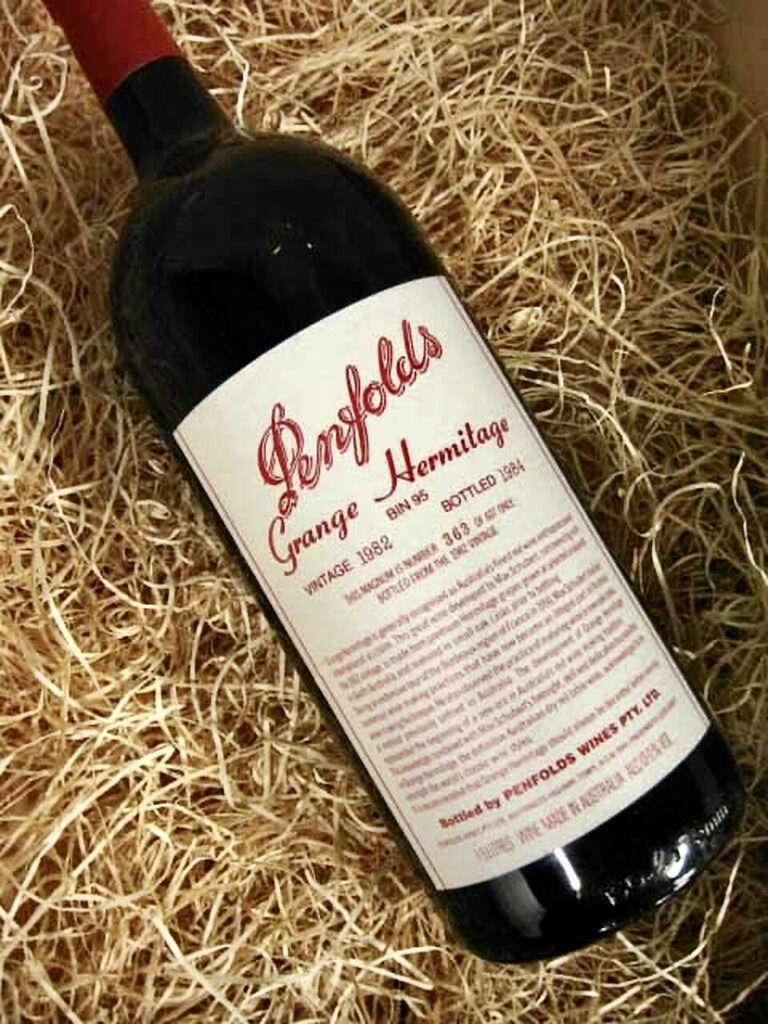 The 1275 team recently decided to check in on an old friend – 1982 Penfolds Grange from Australia. However, the cork looked a bit unusual, so we dropped an email to another old friend, Peter Gago, head winemaker at Penfolds. Here’s what happened.

Whenever one thinks of Australian fine wine, the first name that jumps out is Penfolds Grange.

Made primarily from shiraz, or syrah in European parlance, it is powerful and rich, with spicy notes that are all turned up to full volume in its youth.

With age – a lot of it – the wine mellows and becomes extraordinarily complex and finessed, gliding across the palate like an Americas Cup yacht.

As with all great origin stories, Grange is the brain-child of a creative genius – Max Schubert.

Inspired by European winemaking practices, Schubert settled on shiraz as suitable for Australia’s climate, and made his first experimental wine in 1951.

The problem was, his bosses at Penfolds hated it. But like all visionaries, he just kept working on his wine in secret, until the top brass finally came around. And so,  a legend was born.

Denis Houles, 1275’s CEO, has always had a passion for Grange. Here he tells it in his own words:

“My Grange journey probably began in earnest back in 2006, and it was actually my wife who started it.

She had been at a work dinner in London, where a 1982 Grange had been served, and came back with a simple mission for me – “find more.”

As I was hosting fine wine events then through my Claret Club business, my interest was piqued and I felt my professional pride was on the line.

It ended up being an enjoyable buying spree, both for myself and others I was building wine collections for.

Fast forward 15 years and Grange 1982 remains one of our go-to wines for special occasions. It allows us to travel back in time, while providing a pretext for a face-off with top Bordeaux from this great, but fast-disappearing vintage.

It’s always fascinating to see how the wine has evolved, but I hesitated for a moment upon seeing the cork. It was in great condition, and the liquid had pushed only a third of the way up, which was a good sign. But the cork was missing something – a date, a name or any other distinguishing mark to confirm that it was, indeed, a genuine Penfolds cork.

This was a mystery that required further investigation, so I wrote an email to Peter Gago, the gregarious head winemaker at Penfolds. I had got to know Peter well over the years, at Claret Club dinners that he had co-hosted with me in London and Geneva.

His response was in my in-box the next morning.

“Your concern about the (non-stamped) corks of the 1982 Grange is well understood,” he wrote. “However, be assured, we have assessed so many bottles of this wine at global Recorking Clinics around the world over the last 30 years, and all unstamped 1982 examples have been deemed to be authentic!”

Peter went on to note that the 8th edition of Penfold’s Rewards of Patience book suggests an optimal drinking window up to 2030, “although personally I think much longer!”

By then, of course, I had already opened and drunk the bottle and concluded it must be authentic. But it was wonderful to have my conviction validated, and to get such a direct insight.

The bottle itself was magnificent as always. Beyond the generosity of the wine and the exuberance of the vintage, the 1982 Grange combined poise and subtlety with a kick that stated clearly: “I have decades left in me”. It kept developing layers of complexity throughout the night – something that only the very top Bordeaux from that vintage can still manage.

And so there you have it. Great wines always have stories to tell – of their own origins, but also the countless personal tales of the people who have enjoyed them.

It also provides yet another reminder of the rewards that come from sourcing, storing and, eventually opening, the world’s great wines.