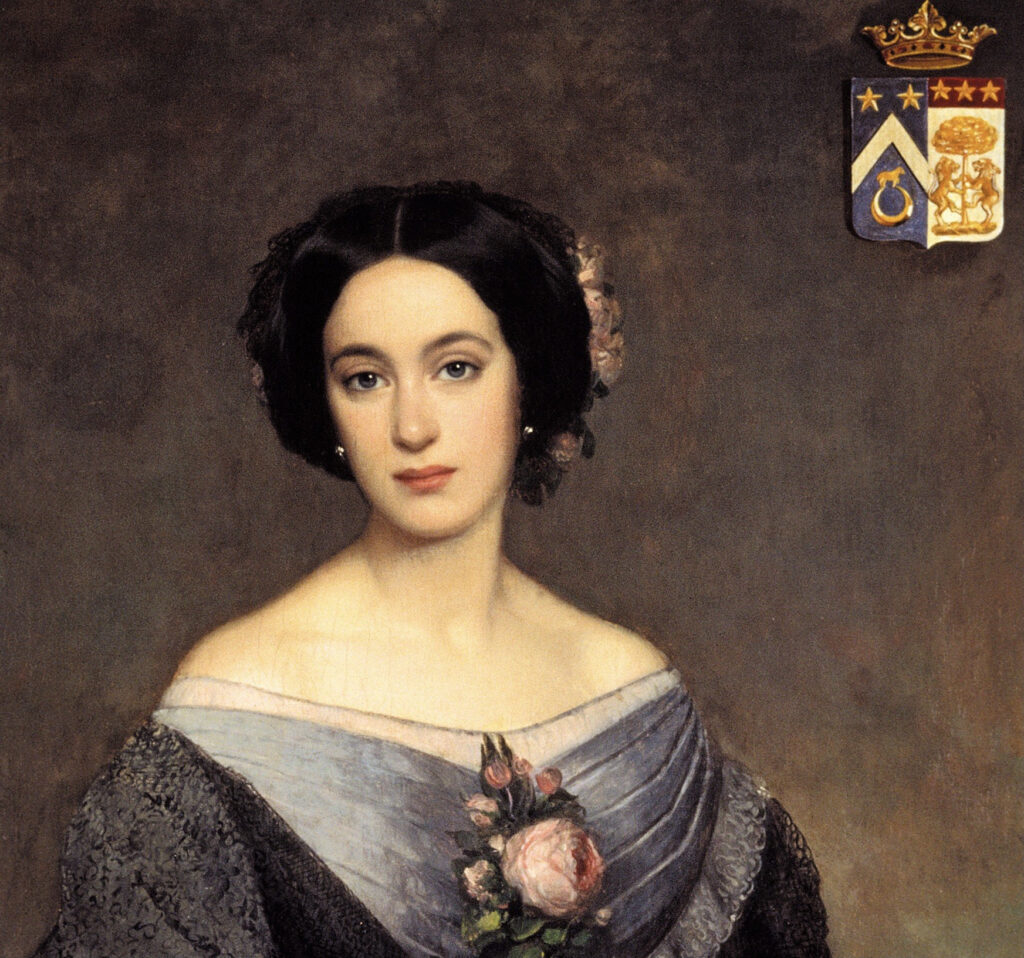 Look closely, and you will increasingly find women calling the shots behind some of the world’s greatest wine estates. But few have a history like that of Château Pichon Comtesse de Lalande, which is so dominated by the women who have owned and left their unique imprint on its wines.

Ranked as a 2nd growth in the 1855 Bordeaux classification, Pichon Lalande is best known for its cashmere-like sensuality. In great vintages, such as 1982 and, more recently, 2019, it can rival and even outshine illustrious, first-growth neighbours such as Château Lafite Rothschild. However, it has not always performed consistently – until recently that is.

Pichon Lalande is on a tear at the moment – gaining plaudits from critics for producing some of the greatest wines in the past few vintages. This has been no fluke. It is the result of a more than decade-long project to reimagine and reposition the estate for the future, combined with tremendous hard work and dedication in the vineyard and winery.

At a recent virtual tasting at 1275 Collections HQ in Geneva, Pichon Lalande’s winemaker and general manager, Nicolas Glumineau, explained how the estate is evolving, while still respecting its rich history and unique identity. 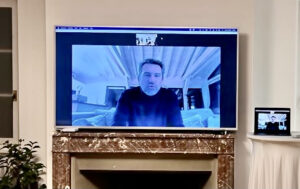 Nicolas Glumineau, winemaker and general manager at Château Pichon Lalande, speaking at the 1275 virtual tasting with guests in Geneva

This history dates back as far as the middle ages, when records show that vines were first planted on land that is now part of Pichon Lalande.

The first thing to know is that there are actually two Château Pichons: Pichon-Longueville Comtesse de Lalande and, just across the road, Pichon-Longueville Baron, which is owned by the giant French insurance company AXA. From the middle of the 17th century to the middle of the 19th, the estates were one and the same, before inheritance laws forced the original owner to divide them.

The first owner of Pichon Lalande, in 1850, was the Comtesse Marie-Laure-Virginie de Lalande. She eventually bequeathed it to her niece Elizabeth de Narbonne-Pelet who, in turn passed it to their daughters. And so it went, passing through generations of women, before ending up with May-Eliane de Lencquesaing in 1978, who oversaw it for almost three decades. Mme de Lencquesaing finally sold it in 2006 to its current owners, the Rouzaud family, best known as the family behind the revered Champagne Louis Roederer.

Upon taking over, the new owners conducted a two-year project to better understand the unique soil and micro-climate at Pichon Lalande. One of the reasons for the wine’s distinct personality has historically been the relatively high percentage of merlot used in the final blend. However, the soil analysis concluded that it was actually more favourable for cabernet sauvignon grapes.

This point was reinforced after Nicolas Glumineau, was invited shortly after joining the estate in 2012 to taste every vintage from 1970 to 2010. The results were striking – in almost every case, the strongest vintages were those with higher percentages of cabernet and less merlot.

This discovery has resulted in major changes at the estate in recent years, most notably a huge replanting programme in the vineyard that will take almost 30 years to complete. This involves removing 3 hectares of vines every year, which is then allowed to lie fallow for three years before being replanted. In doing so, the estate is increasing the amount of cabernet sauvignon vines, while also introducing fully biodynamic cultivation practices.

Renovations under the Rouzaud ownership have created a spectacular, triple tiered, gravity fed cellar, allowing a plot-by-plot vinification, and a gentle extraction aiming to preserve the feminine signature of the wine.

Indeed, for those who have tasted it, Pichon Lalande is uncanny in the way it marries power and sensuality. It has distinctive notes of cedar, graphite, and flinty mineral notes together raspberry and floral elements, and a delicate salty finish that makes you want to pour another glass.

At our tasting with Nicolas and a few select guests of 1275 in Geneva, we opened the 2010 Pichon Lalande and 2010 Reserve de la Comtesse, the state’s second wine. Both were wonderful, with the first wine clearly showing its aristocratic pedigree and still requiring time in bottle to reach its best. The Reserve de la Comtesse was more charming and easy-going, while remaining serious Pauillac with ageing potential. To further investigate the differences between cabernet and merlot-focused vintages, we also tasted other bottles spanning from 1985 to 2016. These confirmed the superiority of those with greater percentages of cabernet, even if the differences were sometimes subtle. 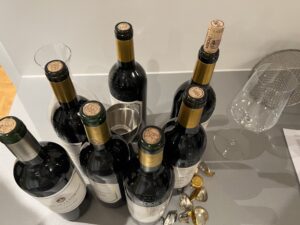 The 1275 tasting with multiple vintages of Pichon Lalande, dating back to 1985

During a recent trip to Bordeaux, 1275’s CEO, Denis Houles, tasted both the 2019 and 2020 at the estate and was struck by their majesty and proximity in quality to first growths at more than double the price. This has been borne out by wine critics such as Neal Martin, who awarded the 2019 Pichon Lalande an interim score of 98-100 and described it as “unbelievably precise.” He went on to note that: “Unless (Nicolas Glumineau) makes a catastrophic error during the rest of its élevage, which he is not prone to doing, you are not looking at a modern-day 1982 or 2016, but something even better and more profound.”

It’s fair to say that the market is starting to take notice, although one of the beauties of the wine market still lies in its relative inefficiency. For this reason recent vintages of Pichon Lalande remain favourably pitched relative to wines of similar quality, and particularly in comparison with the increasingly stratospheric prices in regions such as Burgundy.

While a man is now at the helm of Pichon Lalande, its feminine history remains integral to its appeal. In a nod to this, since the 2017 vintage the second wine has been labelled Pichon Comtesse Reserve (rather than previous la Reserve de la Comtesse), once again, putting the Comtesse first.

We hope you enjoyed this article and welcome you to get in touch with us on collections@1275.ch. At 1275, we draw on our decades of experience and relationships in the industry to help people build future-proof fine wine collections – all with fully traceable, pristine provenance.